One of the more upsetting parts of this cornavirus shut down and quarantine is the fact that Seniors are missing out on so much of their last year of high school, mainly graduation.

Senior Year is supposed to be fun and carefree; building relationships with friends and making memories to last a lifetime.  But it's not always that way, and that stinks.

I can relate to the class of 2020 in some ways.  My last year of high school wasn't all that fun either.

The week of Homecoming, my dad went through surgery to try and remove as much colon cancer as possible.  It had already spread to his liver, so he began chemotherapy soon after.

Thanksgiving was canceled that year because Dad was so sick from the chemo.

In February, I earned a 1 rating for a piece I played with a small woodwind ensemble.  The group traveled to Great Bend for State the next month & I had a panic attack in the hotel because I was afraid he had gotten worse while I was gone.

In April, I was honored to receive the American Legion's Citizenship Award given to two Seniors every year.  A friend accompanied me because Dad was too sick for Mom to leave him.

I begrudgingly went to prom four days after he passed.

And graduated a week later.

I'm not trying to sing my sad song, but just to let this year's seniors know that there are people who understand how unfair this is.  You should be mad.  You should grieve.  But you also have to know that life will go on.  You will be stronger for all that you've had to go through.   And you WILL be celebrated in one way or another.

I'd like to celebrate the seniors that came to see me this year for pictures. It's not much, but it's a minute or so of reflection and recognition.  Seniors, you have worked so hard to get to this point and I want to make sure you know that I am proud of each of you.  I am honored to capture you in this season of life, and I'm excited to see all the things you will do in the future.

Starting tomorrow, I'll be sharing some pieces that I've created (thanks to my daughter teaching me some new things).  I'd greatly appreciate it if you could show these kids some love by liking, sharing, or commenting encouraging words to them.  While they should be stressing about end of school excitement, they are now stressing about not getting recognized.  So please do them a huge favor and help me notice them in a special way.

And seniors, I know the posting of everyone's past senior photo isn't really very comforting to you all, but it might just be a way for the rest of us to grieve this time too. 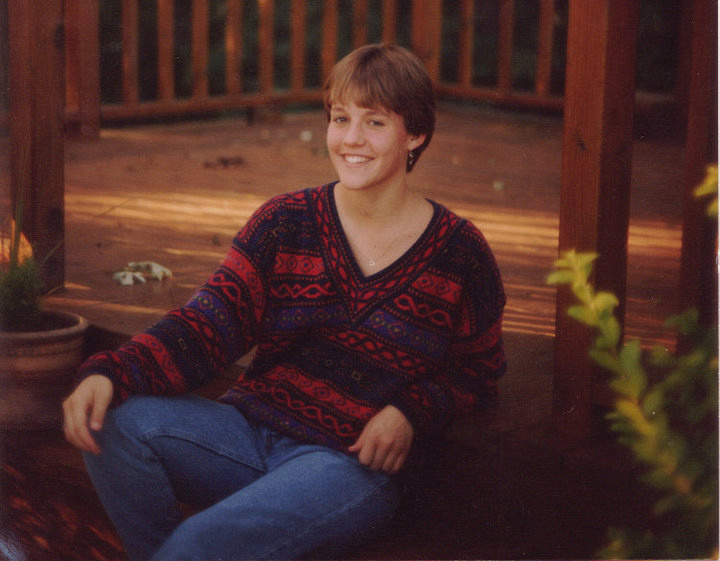 Me on the staircase that 800 some seniors posed on in the mid-90s.  :-) Photo courtesy of Ranieri.